The ins and outs that are necessary to know.

We’re talking various forms of too; oral, implant, mini – if your body is being provided with hormones then this is all under the same umbrella. We don’t judge or have opinions however we do like to provide as much information as possible for your wellbeing.

We hand it over to a TCM Doctor and Fertility Expert Nat Kingroudis to explain the details on the how, what and why of the pill.

“ The oral contraceptive pill (OCP) is the most used pharmaceutical, worldwide. Most women have taken it at some stage during their life. Many young women are being prescribed the pill to ‘sort out’ a wide variety of health issues including acne, endometriosis and polycystic ovarian syndrome. The truth is, the pill isn’t the solution to these problems. It acts as a band-aid to ‘cover-up’ the true issue and whilst some women think they are ok taking it, it isn’t until they stop that they realise just how awful they felt whilst they were on it.

The pill interferes with fertility – because it is designed to do so. This isn’t a side effect, it is its main reason for existing – to stop you from falling pregnant.

The number one problem with the pill is that when it is prescribed very little information about what the pill does is ever given to a patient. I will never forget asking around a group of mothers ‘ who wasn’t on the mini pill?’ I was totally shocked to find out that I was the only woman there not taking it. When I asked why they were taking it – most of them could only say they did it because their doctor told them they needed to. I understand just as much as the next person that falling pregnant again soon after having a child is more than likely on the bottom of the to-do list – in fact, for most, it’s on top of the DO NOT list. But understanding when you are fertile and when you are not would be far more useful than handing a woman a pill packet as if the buck stopped there and she didn’t have to worry about it any longer. Was there any mention of mood swings, constant spotting or bleeding or feeling totally cray cray? And would most women simply put this down to normal postpartum happenings, especially if it was their first time?

When I talk about the pill, I refer to all synthetic hormone contraceptives including the mini pill, the combined pill, implants such as Mirena (TM), Inter Uterine Devices (IUD’s), vaginal rings, and patches. When the pill was initially introduced manufacturers told women and practitioners it was safe. They soon realised it was far from the truth and the source of a long list of nasty side effects, including deaths from blood clotting, strokes, amputations, and permanent damage. What was done about it? Not much – warnings were put on the packaging and doses were altered. However, the current generation oral contraceptive pills still come with the same warnings and have considerable side effects as well as cause substantial nutritional imbalances which lead to a host of other issues (and when I say host – I mean a MASSIVE list).

Post pill infertility, PCOS and migraines are the most common complaint I see in the clinic. Scientists have discovered that the chemicals produced in the body as a result of the pill to stop ovulation continue to suppress testosterone levels – central to sexual desire in both men and women. Hello, low libido! This can continue for up to four years once a woman stops taking it. I find this quite ironic because, in theory, you can’t get pregnant whilst on the pill – but if you don’t want sex whilst on the pill, then you can’t get pregnant anyway! Now, let’s add to that mood swings, weight gain, brittle bones, and migraines. These are just four more of the most commonly seen side effects of the pill. Time and time again I hear women report (especially those who haven’t been on the pill but need to take it as part of IVF treatment) how they feel ‘psycho’ on the pill as if they could murder somebody or burst into tears for no real reason. This is what incorrect levels of hormones do! If they are doing that to our moods, think about what that is doing on a deeper level. The fact remains that the hormones in the pill aim to mimic hormones in your body however they are not ever identical to your natural hormones. In fact, the normal dose of the pill is four times the amount of oestrogen normally present in the body. Birth control pills are designed as a “one size fits all”, however as no two bodies are the same, it quickly becomes obvious why so many women experience negative side effects.

The most astonishing piece of information I have ever read about the pill is how it alters our attraction to the opposite sex. A recent study found that women on the pill see the world more platonically. They were shown images of naked women and men. Those on the pill reported a much more neutral view as opposed to those who didn’t take the pill who were easily able to imagine sexual scenes from viewing the pictures. It was also noted that those who were on the pill were far less charmed at seeing pictures of babies – hinting at the pills influence on reproductive interest.

And here is the best bit. Certain volatile fatty acids – named ‘couplins’ (not kidding, that is truly the real name) are secreted in the vagina and stimulate male sexual interest and behavior. Women on the pill do not secrete couplins. I’m sure there are dozens more of these little impacts the pill has on our bodies that we aren’t aware of – and again, this is the reason why many women feel so different when coming off the pill. Of the most importance for those taking the pill is its effectiveness and its ability to prevent pregnancy. But the thing is – it isn’t all it is cracked up to be. In America alone, some 6 million pregnancies occur in a woman taking the pill. This isn’t necessarily because they weren’t taking it correctly. So many factors affect its ability to work. An Australian study of women ages 18 to 39 on the pill who weighed 70 kilos or more, found that they were 60 percent more likely to have their pill fail than women who weighed less. The average woman in Australia weighs 66.6 kilos. Professor Dr Victoria Holt says because women who weigh more have a higher metabolic rate, they need higher levels of hormones to prevent pregnancy – demonstrating again, it isn’t a one size fits all kind of situation. It’s also thought that because the pill is toxic and our bodies trap toxins in our fat stores, the pill may also be less effective in overweight women as it isn’t where it needs to be to work – in the bloodstream.  Knowing your body and reading its signs is the absolute best way of knowing when you are fertile and when you aren’t. If you aren’t able to distinguish ovulation signs or you don’t have a regular cycle, it’s sure time you found out why”

Yours in choice,
Your Tea
Traditional Chinese Restoratives 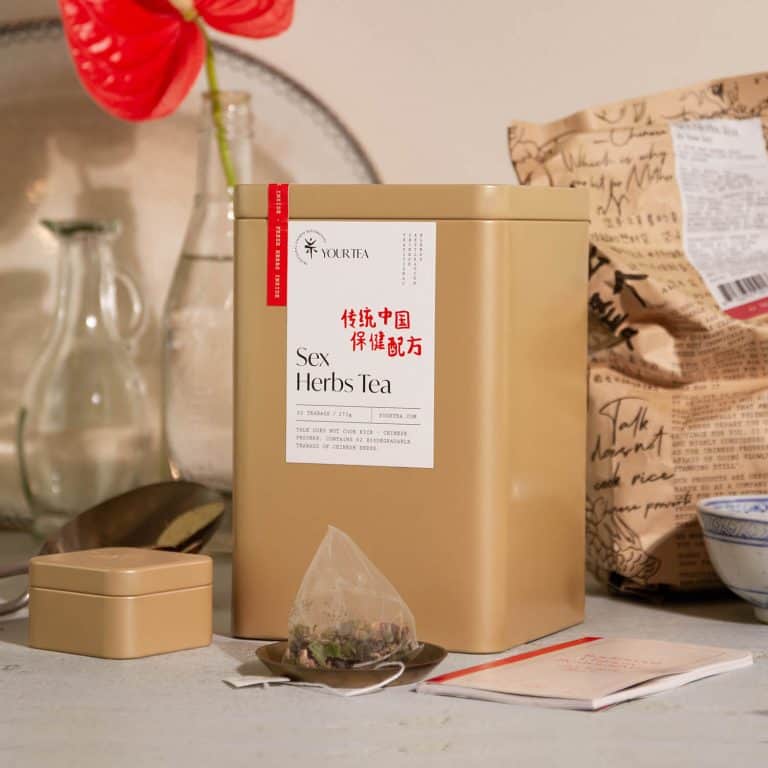 Our Sex Herbs Tea is designed to improve libido, naturally. Unlike other ‘stimulants’, this blend aims to support the libido by reducing excess anxiety, stress and bringing overall calm to the body. Sexual Energy is then addressed via herbs designed for kidney and adrenal support.